When we first meet Detective Annalisa Vega, her worst problem is a bad blind date. She had a hasty marriage in her early twenties, when her parents deemed her too young to wed, and now that she’s well into her thirties, her mother is fearing it may be too late. So, when her best friend sets her up with a lawyer, Annalisa decides to go:

This guy is different, Sassy had assured her when she’d arranged the set-up. I know him from church, which he attends with his mother. But don’t worry—he doesn’t live with her. Lured out from her reclusive lair by this ringing endorsement, Annalisa now regarded her date across the narrow, two-person table and tried again to sell herself on his numerous good points. Todd Weatherby, tax attorney, had a full head of dark hair, nice teeth, no food on his tie, and he’d selected a lovely Wicker Park restaurant for their first date. Italian, with cloth napkins and a real candle flickering on the table. Her mother would be over the moon for him.

“Annalisa is a pretty name,” Todd said gamely. “Is it Spanish?”

“Portuguese.” Her great-grandfather’s grandfather had emigrated to New Bedford in Massachusetts in the mid-1800s when the city boomed thanks to a thriving whaling industry. Family lore said Great Grandpapa Vega had once worked alongside Herman Melville, but Annalisa suspected this was just a fish story. Whatever the case, her own great-grandfather had jumped ship and moved west to Chicago to cash in on the surge of construction after the great fire. The Vegas hadn’t budged in the hundred years since, living and dying within the city limits like the place had a wall around its borders.

“Maybe? I’m named after my uncle. He runs a button manufacturing plant in New Jersey. Did you know buttons date back to almost 3000 BC? Their earliest known use was in Indonesia, back when they were made from shells. But later…”

With the date boring her to tears, Annalisa is at first relieved to get a call that summons her to a murder scene. Then her problems immediately deepen when her ex-husband shows up:

“Hey, Vega, wait up,” called a familiar male voice. She closed her eyes in resignation but did not turn around. The grapevine had told her that her ex-husband was back in town, back on the job, and now literally on her back as he braced himself on her shoulder to slip a bootie over his shoe.

“Carelli.” Making Nick Carelli’s acquaintance again over a dead body seemed like a fitting metaphor. Her captain, Zimmer, had asked her when Nick transferred back from Florida if Annalisa would have a problem working with him. Annalisa was the greenest detective on the squad, the newbie. Nick had almost ten years under his belt. She knew if she blinked which one of them Zimmer would choose to keep. The split was amicable, she had said to Zimmer. It’s ancient history. This last part was true enough. She and Nick had married when she was twenty-one and divorced before she turned twenty-three in a union that was, in hindsight, dead on arrival.

Her ex-husband leaned heavily on her shoulder as he slipped a bootie over the second expensive leather shoe. He still had a full head of dark hair, she noted with clinical detachment, and that same damn twinkle in his eye. “Dispatch called you, too?” she asked him.

“I was already in the neighborhood.”

“Sure. There’s a high school down that way, and it is prom season. I suppose her parents wanted her home by curfew, hmm?”

He flashed a smile, genuinely amused as they started up the walkway. “Hey, what happened? The last I heard, you wanted to be a lawyer.”

“Yeah?” she said to Nick. “The last I heard, you’d moved back to Florida.” Her brothers liked to think they’d chased him out of town, his tail between his legs.

“What can I say? I missed the hot dogs.”

“You couldn’t have found work in another district?”

She rolled her eyes. “You didn’t miss me much when we were married, Carelli. It’s a little late to start now.”

Annalisa and Nick enter the murder scene and discover it’s bad. And weird. The victim, Grace Harper, lies dead on the floor, bound in ritual fashion with ropes. Near the body is a wall full of old photos and news clippings about seven women who had been killed in the same way, victims of a serial murderer known as The Lovelorn Killer. Grace, it seems, was part of an amateur sleuth group intent on solving cold cases. Grace set her sights on The Lovelorn Killer, believing she could figure out where he’s been hiding for the past twenty years.

He’s older now, like the rest of us. He went underground twenty-one years ago after victim number seven, which likely makes him anywhere between forty and sixty-five years of age. Many experts say he must be dead, but not me. I’ve been walking the streets he walked, looking in the same windows. Sometimes I think I catch a glimpse of his reflection in the glass, at least what I imagine he must look like. I bet he’s got the same wall of photographs that I have, but his are kept private where no one else can see. His newspaper clippings must be yellowed and fragile, so old that they look like ancient history. He surely believes he got away with it. But I’ve checked the weather reports for all seven murders, and now I know where to find him.

I’ve been working on this case for months, writing up all my notes, recording conversations, visiting the crime scenes. Last week, I went on TV and practically dared him to come after me. I laid awake all night afterward, thinking every creak on the stairs could be him. Those other women never saw him coming. When the storm rolled in off the lake and cut our power for five hours, I took a kitchen knife and hid in my bathtub with it. But it was then I realized how to get him and so I can’t chicken out now.

People are going to think I’m doing this for the glory or the credit, and I’ll admit a nice, fat book deal will be sweet, but mostly, I’m thinking about that moment when he gets the cuffs slapped on him and dragged out in front of everyone. I want him to see it was me who found him. Me, an ordinary woman living in Belmont Cragin, working at a grocery store. Just the kind of woman he killed and presumed he’d get away with it forever.

Now Grace is dead too. Did she bring a murderer out of hiding? Or did someone in her life use her weird hobby to murder her? Annalisa remembers the Lovelorn case from her childhood, when her father was a cop on the beat, a hero to Annalisa but also just another guy with a badge who failed to stop a murderer. Annalisa has a chance to heal her family and make things right. She has to figure out what Grace knew―how to see a killer who may be standing right in front of you. This means tracing his steps back to her childhood, peering into dark corners she hadn’t acknowledged before, and learning that despite everything the killer took, she has still so much more to lose…

Return to Gone for Good 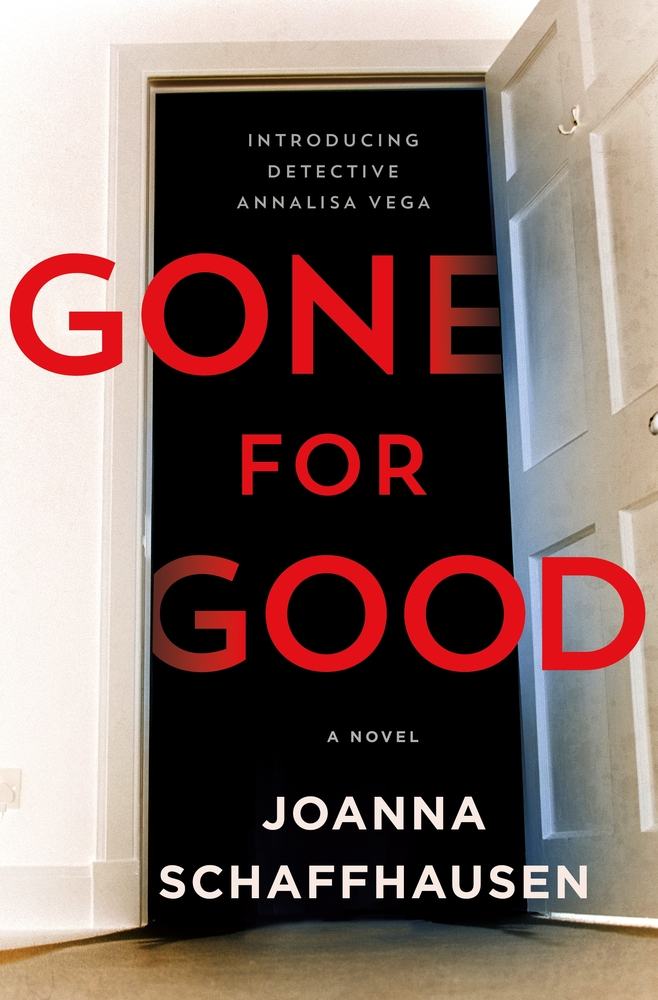