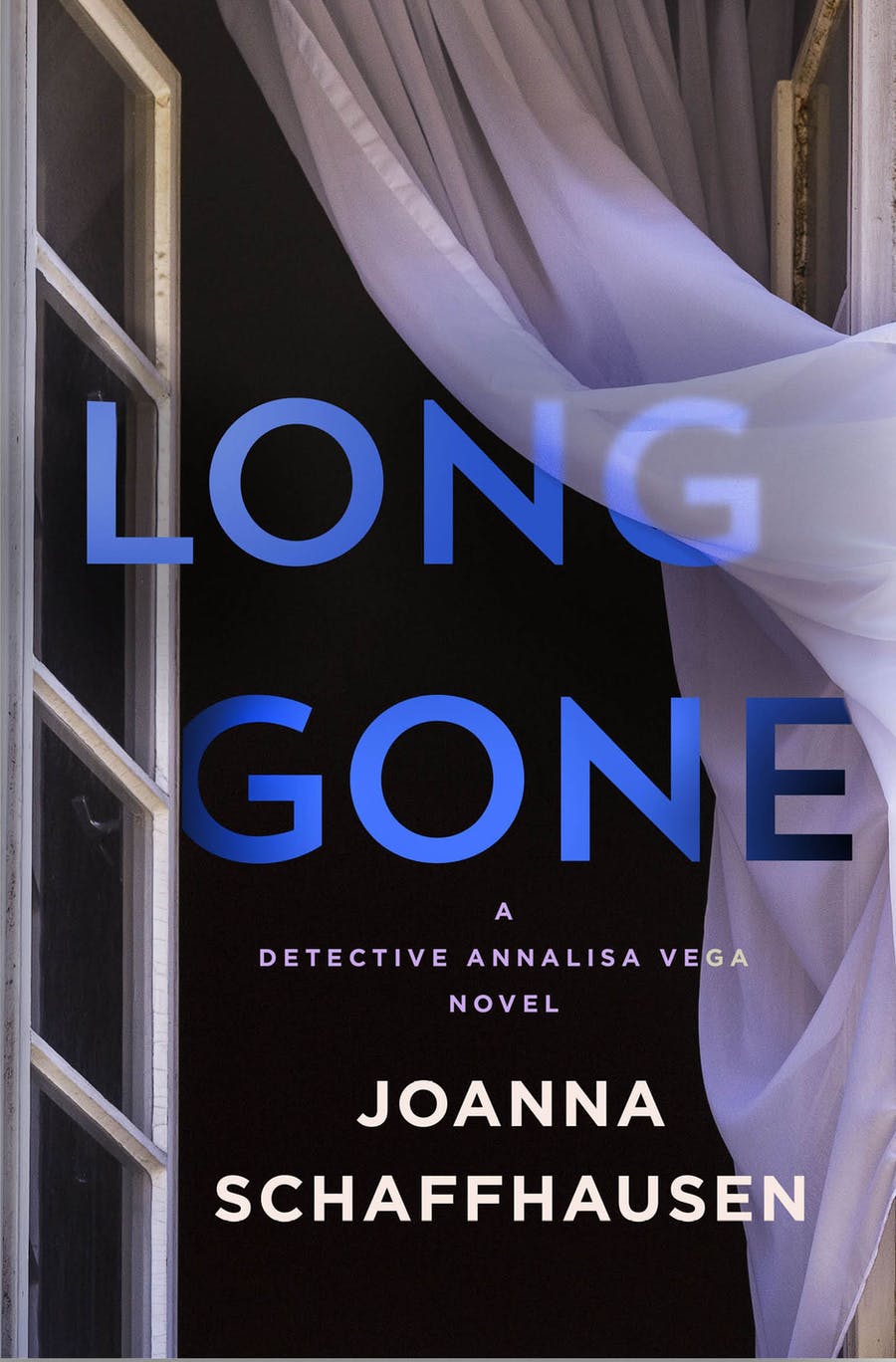 Long Gone, the next installment in the critically acclaimed Detective Annalisa Vega series.

Chicago detective Annalisa Vega shattered her life, personally and professionally, when she turned in her ex-cop father for his role in a murder. Her family can’t forgive her. Her fellow officers no longer trust her. So when detective Leo Hammond turns up dead in a bizarre murder, Annalisa thinks she has nothing to lose by investigating whatever secrets he hid behind the thin blue line.

Annalisa quickly zeroes in on someone who had good reason to want Hammond dead: a wealthy, fast-talking car salesman who’d gotten away with murder once and wasn’t about to let Hammond take a second shot. Moe Bocks remains the number one suspect in his girlfriend’s brutal unsolved death, and now he’s got a new woman in his sights—Annalisa’s best friend.

Annalisa is desperate to protect her friend and force Bocks to pay, either for Hammond’s death or his earlier crime. But when no one else believes the connection, she takes increasingly risky chances to reveal the truth. Because both Hammond and Bocks had secrets to die for, and if she doesn’t untangle them soon, Annalisa will be next.

Loads of exciting action, balanced with dramatic personal revelations and some fine nuts-and-bolts police work, keep the pages turning. Readers will look forward to the next outing for the complex, introspective Vega.

Schaffhausen again weaves family dynamics, terrible decisions, and long-festering secrets with love and bitter regret to create a riveting story. The delightfully exasperating main character and cast are a bonus.

If you’re after a thriller that will deliver on the suspense, give you characters to cheer on, and wrap it all up with a thoroughly satisfying conclusion – look no further.