Ellery Hathaway emerged from the steamy bathroom, toweling her hair dry, dressed again and ready to leave, but Sam still lay sprawled in the motel bed with its squeaky mattress and scratchy sheets. Always he wanted to stay just a little bit longer, kiss her just one more time. It was one of the things she hated about him. “It’s almost midnight,” she said as she laid the damp towel over the back of a cheap motel chair. The room was swimming in shadows, just like always, because she never let him see her all the way naked. It was a practical concern more than a manipulative one, but the more she held back, the more he wanted. She definitely had his attention now.

He rolled to the nightstand to put his watch back on but made no other move to get dressed. “It’s July already. Seems like we just had Memorial Day.”

She went to the window and looked out at the oppressive summer night. It was black as pitch and filled with trees. The motel gravel went about ten feet back, and then there was nothing but dense woods and the invisible creatures hiding within them. “He’ll take another one soon,” she said. “Just like last year, and we’ve done nothing to stop it.”

“Christ, Ellie. Not this again.” He sat up and tugged on his pants. “I thought you agreed to let this go.”

She rested her forehead against the glass, which vibrated in time to the churning of the antiquated air-conditioning unit below it, and she felt the hum penetrate to her veins. “Three people are dead,” she said, more to herself than to Sam. Lord knew he’d heard the words from her enough times that she need not repeat them now. The last time they’d had this conversation was more than six months ago, back when he was just the chief and she was a junior patrol officer. He had not listened to her then, but maybe now was different, now that she had something he wanted.

He came half naked to the window, long limbs moving in easy grace. It was one of the things she loved  about him. “We have no proof of any murder,” he said. “You know that as well as I do. We don’t even know these people are dead.”

“They’re dead.” The first one, nineteen-year-old Bea Nesbit, disappeared three years ago somewhere between Woodbury and Boston, where she went to school. Back then, the State Police had gotten involved in the search, and Ellery had been happy to let them. She’d been on the job only seven months at that point and did not know the Nesbit family. Ten days later, Bea was still missing and Ellery had received the first card in her mailbox.

Sam touched her hunched shoulder, pushing it back down with gentle fingers. “People leave their lives all the time and don’t look back.”

She jerked away from his hand. No one needed to explain to her the urge to disappear, not when she hadn’t seen her natural hair color in more than a decade. Lately, she’d been dying it a dark chestnut brown, a no-nonsense shade whose remnants resembled the color of dried blood as it washed down the drain of her white porcelain sink.

Sam’s hair was an honest salt-and-pepper black. He was twenty-two years older and had worked his way up through the ranks in Boston before taking the small town position in Woodbury as chief of police, where he’d become accustomed to being the smartest cop in the room. Ellery was the only female officer in the department, not that this was a great accomplishment on a squad of eight people, but it meant that, for all his depth of knowledge, there were certain experiences she had that Sam lacked.

“Bea Nesbit, Mark Roy,  and Shannon Blessing are dead,” she reminded him, turning around so she could look into his eyes as she said it. “In the next two weeks, unless we do something, another name will be added to that list. We’ll have another grieving family and no answers to give them. Is that what you want?”

“What would you have me do? These cases have already been investigated by our department and others. We have no bodies, no evidence, no suggestion that a crime even took place. I’m not ignoring you, Ellie, but I have to have something to go on here besides your gut feeling.”

Her cheeks burned hot and she looked away. At least he hadn’t actually called it women’s intuition. The only evidence she had, besides what little was contained in the official files, was locked at home in her bedroom drawer, in an envelope where she didn’t have to see the birthday cards unless she specifically went looking for them. Not that there was much to see. She could picture the baffled expression on Sam’s face if she brought them in and tried to explain what they meant.

This isn’t evidence of anything but the fact that you’re another year older. Congratulations, Officer Hathaway. You’re aging just like the rest of us.

Maybe if she told him about her other birthday, the one from years ago, then he would understand. He would have to act. Or maybe he would just look at her with pity and horror. Either way, once she told him, she could never take it back.

“You could reinvestigate the cases,” she said to Sam, trying to keep her voice steady. “Take a fresh look. If we can figure out what the relationship is between  the victims, we might be able to stop him from taking another one.”

“You’re the only one who thinks there is a relationship.”

“So then give me the cases.” She raised her chin, challenging him to deny her. They had one detective on the force, and she sure as hell wasn’t it.

Frustration flashed in Sam’s eyes, and then, worse, sympathy. He shook his head almost imperceptibly. “You know I can’t do that.”

“Fine. Right. Just don’t blame me when you’ve got another one missing.” She crossed the room to put on her boots.

She glanced up. ”You’re saying I need this?”

He eyed her. “Maybe part of you. Face it, Ellery. You get off on drama.”

“Not me.” She snapped her laces together and stood up. “You’re the one who always wants to make things complicated.”

He grabbed her arm when she tried to pass him. “Stay,” he said softly, sliding his fingers down past the scars to her narrow wrist. “We can talk about it.”

She turned her arm so their fingers touched, but did not meet his gaze. “Go home, Sam. Julia will be wondering where you are. I’ll see you in the morning, okay?”

Mute, he released her and she pushed out into the night heat. Tree creatures chattered at her from tall pines; white gravel crunched under her feet as she made her way to her truck. The New England humidity melted her T-shirt against her sticky skin. Ellery paused, her hand on the door, and glanced around her into the thin edge of the forest. She had chosen this quiet town because it was so removed from the big cities filled with thousands of people. A few of the guys at the station would sit around during the slow times, which to be fair was most of the time, and talk about what they would do if a major crime ever hit sleepy little Woodbury. A bank robbery, maybe, as if anyone would come to their tiny downtown, with its pharmacy, post office, and handful of shops, thinking he could hit the local bank for a million bucks. The boys in blue were sure they would stop the bad guys red-handed before they ever reached the town limits. Sam, who knew better, smirked at their self-aggrandizing, sometimes tried to catch her eye across the room to share a wink at the guy’s expense, but Ellery always looked away and thought, Be careful what you wish for.

Return to The Vanishing Season 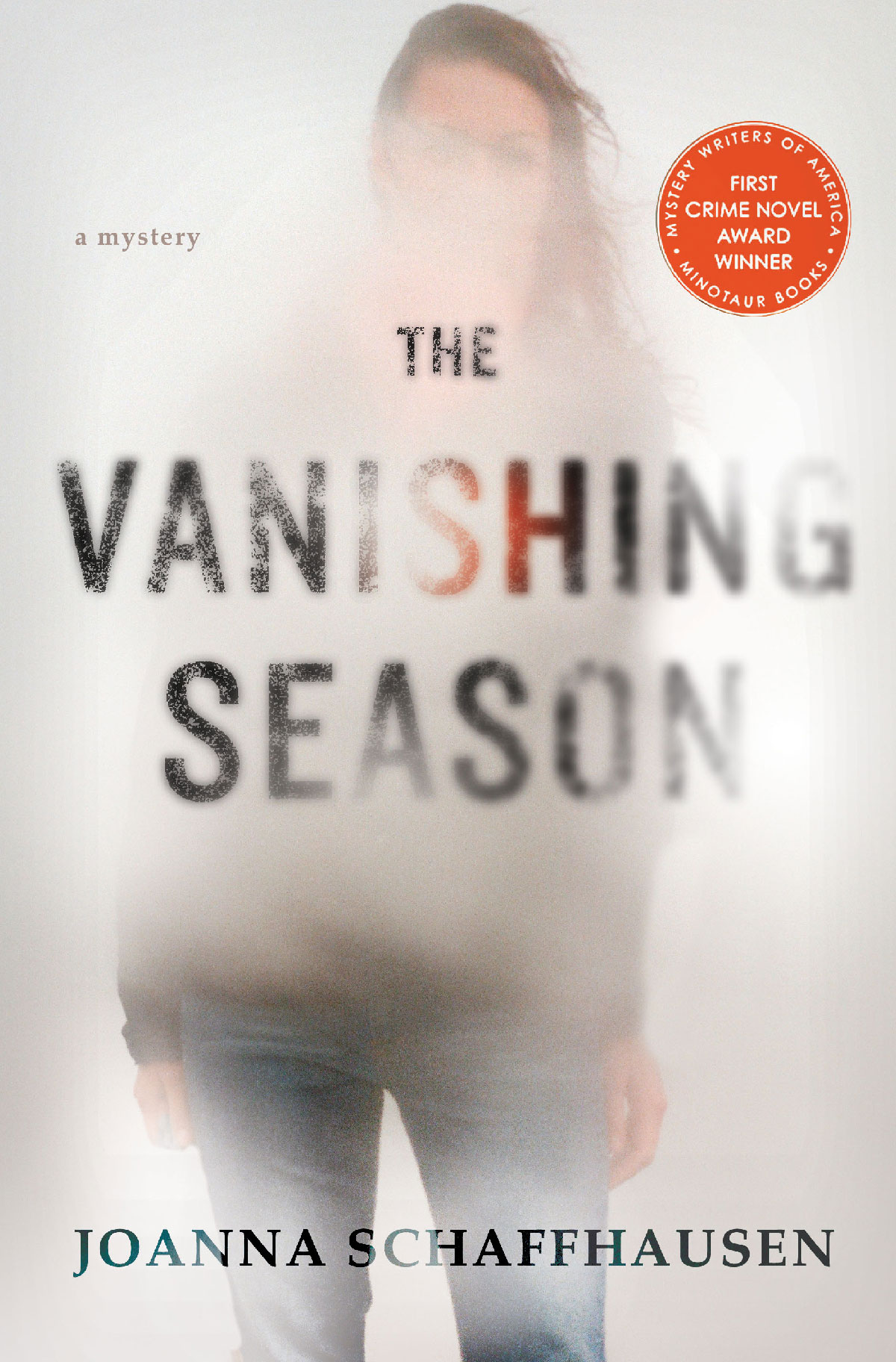