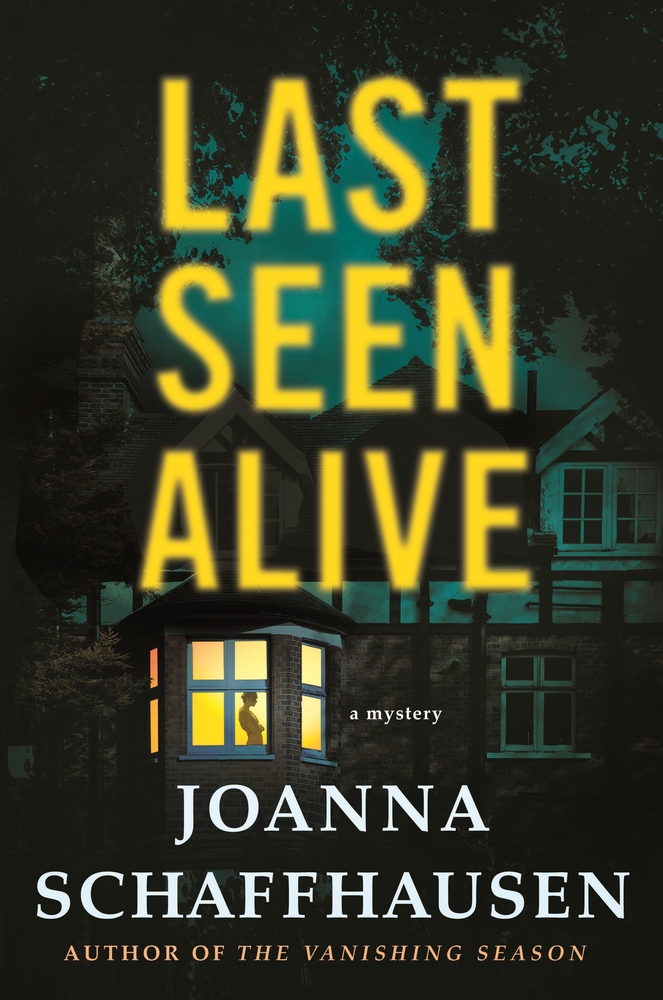 Her mother had warned her not to go to the window. Abby hadn’t questioned why. At first, she hadn’t found the breath to question anything. Her throat swollen and raw from lack of water, her skin burning from the ravaging infection, she’d welcomed the tether of the IV pole and the deep recesses of drugged sleep. Doctors and nurses prodded at her from time to time. Her mother flitted in and out. When Abby did finally ask questions­­—Is it over? Can I go home now?­­—her mother floated back non-answers like a Magic 8 ball. Reply hazy. Ask again later. Abby had started to wonder if the hospital was for mental problems, if maybe she’d dreamed the monster. Or worse, maybe she was dreaming now and her body still lay trapped inside the closet.

When Abby opened her eyes on the fourth day, she found herself alone. She held out her arms and catalogued the cuts on her body. She smelled like antiseptic. The angry red slashes around her wrists made her look like she’d tried to kill herself, and the deeper wound on her left arm had been stitched closed. Her jaw ached from where he’d struck her. Tiny scabs covered her legs from where the splinters were removed. The skin she’d worn off her fingers clawing at the walls had started to grow back, tight and itchy. She tried not to think about the searing pain between her legs, but her body mourned for her, tears stinging unbidden in her eyes. Furious, she swiped them away.

Her watery gaze slid to the cheap beige blinds covering the window. Don’t look, her mother said. Abby hadn’t seen daylight in a week. She hadn’t moved two feet on her own, hadn’t made a single decision by herself since she’d stopped her bike next to the man’s car. With a determined breath, she forced herself upright and then paused, her weakened limbs shaking from the effort. She let her legs dangle over the edge of the bed so that they hovered above the cold tile floor. You can do it. Just one step. She had coached herself through three days of hell. She could make it fifteen feet to the window. Gingerly, she eased onto her bare feet, her toes spasming, her hands clutching the side of the mattress until she could be sure her knees wouldn’t give way. She swayed as she relinquished her grip but did not fall. Using the rolling IV pole for support, she dragged herself to the window. Please be out there, she told the world as she yanked up the cord.

She gasped from the shock of bright summer sun. People, she noticed. Lots of them. They stood around on the Chicago sidewalk like they were waiting in line at a club, like they were expecting some celebrity, until someone saw her and one man pointed up at Abby’s window. They swarmed toward the building, moving like one creature, like a flock of birds swooping in the sky. They shouted up to her and some of them had cameras. Abby dropped the cord and shrank back from the glass. Maybe they were all still looking for him. Maybe they were waiting outside because they figured he’d return. Her heart pounded and she thought she might be sick. Why did they want her picture? Would they show it to him?

She lurched to the bathroom, but her stomach had nothing to yield. She turned the faucet on with trembling hands and splashed cold water on her face. When she raised up her head, she saw her reflection and her mouth fell open at the sight of her new face. Terrible dark circles ringed her eyes. A chunk of her hair was gone. Her upper lip was split and swollen, and she had a six-inch scrape down the side of her face. She’d become the monster. I’m your god now, he’d sneered at her when she’d prayed aloud for relief. He was God and he had made her in his own grotesque image. She stared at her face until all the features blurred together, until she was numb to the abomination. It moved, she noted with some detachment as she watched her reflection. Her image wavered with each intake of breath. You’ll die when I say so, he’d screamed in her face, but this part had not come true. His power had limits.

She shambled back to bed and crawled under the sheets. Someone knocked at her door and called her name. She did not answer because she was exhausted and also because she’d learned her answer made no difference. People came inside whether she wanted them to or not. A man in a dark suit stuck his head into the room. “Abby?”

She tried not to recoil. It was him. The other him. She hadn’t seen him since that night.

“My name is Agent Reed Markham,” he said as he slipped inside. His voice was gentle, with a slight Southern accent. “We met the other night.”

She snorted and turned away. “I know.” She’d been naked and delirious at the time, but she remembered his face. It was the first one she’d seen since the monster took her.

“I don’t mean to intrude. I wanted to see how you were doing.”

“How do you think?” She shot venom at him, and she didn’t know why. He’d pulled her from the closet.

He retreated at her fire, his back against the door as if poised to flee. “You look—better.”

You’re a shitty liar. She did not give him the satisfaction of an audible response. She fixed her gaze at the bathroom door, not looking at him. In her peripheral vision, she saw him fumble for something in his suit pocket. “We’re heading back to Virginia tonight,” he said, “but I wanted you to have this. In case you need anything.”

He stretched out and placed a business card on the sheet by her knees. It had his name, phone number, and the embossed FBI logo. What? She wanted to yell at him. What can you possibly give me? She knew she was supposed to thank him. That’s why he’d come, right? To see her be grateful. She felt like if she opened her mouth, she might never stop screaming.

“I’m sorry,” he said gruffly. “For what happened.”

Again, she did not reply. He got the hint.

“I’ll leave you alone now. I—I only wanted to see that you’re okay.” She stared at him as he struggled to find more words. He’d gotten a haircut, she noticed. Maybe it was for the cameras. He was younger than she’d thought at first. Or maybe she was just older now.

Only as he moved to leave did she realize there was something he could give her: a straight answer. “Wait,” she blurted, and he froze like a trapped animal. “What happened to him?” Her mother only said, he can’t hurt you now and Abby already knew that was a lie.

“We got him,” Agent Markham said with obvious relief.

“He’s dead?” Her heartbeat seemed to hang on the answer.

Markham’s face darkened. “No, we arrested him. Coben’s in custody. Don’t worry, you’re totally safe—he’s under heavy guard, and he won’t get out. Not ever again.”

Abby sank backward into the pillows, reeling with the news. The FBI man didn’t understand what he was saying. The monster was still out there breathing the same air. No wonder there was a huge crowd at her door. Of course, everyone wanted a picture.